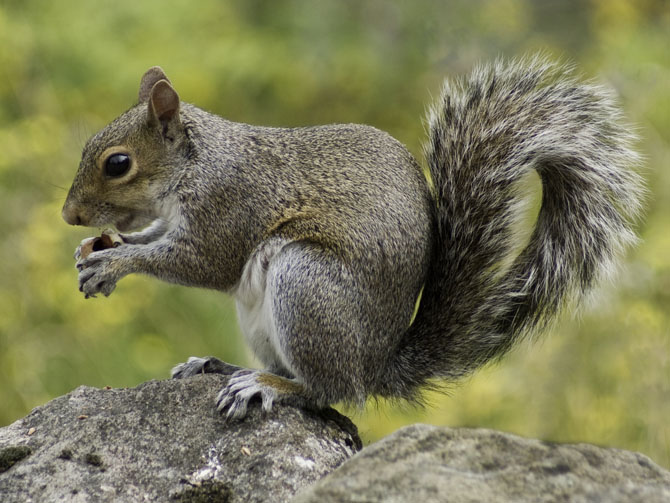 Grey Squirrels (Sciurus carolinensis) non native introduced to the uk until they were introduced in 1876 from North America.

They are considered a pest due to the amount of damage they cause to trees and roof voids!

if you have ever had a squirrel in your loft you would know about it, the damage they cause can be horrific. chewing anything in their way they cause a lot more damage then rats and still carry many diseases.

If you suspect you have grey squirrels Call Wiltshire Pest Services

How to Identify Grey Squirrels
• Nuts such as acorns or monkey nuts from nearby bird feeders maybe left in your garden or roof void
• Noises in your loft in the early hours-squirrels are very noisy!
• Visual sightings-keep your eyes out for squirrels traveling along telephone wires to your house, or jumping and running up and down trees.
• Small digs/scrapes in gardens or around trees in the ground
• Damage to tree bark patches of bark stripped at various heights
​

Grey squirrels breed twice a year, December to February and May to June. The first litter is born in February to March, the second in June to July. There are normally two to six young in each litter. The gestation period is about 44 days. The young are weaned at 7 weeks and leave the nest after 10 weeks.