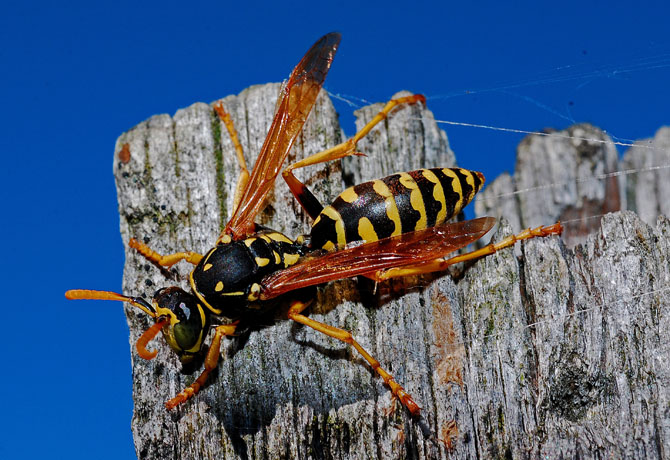 These will start with a queen building a ten cell nest and increase to many thousand wasps by the end of summer.

Wasps will become a real nuisance in the late summer once there job of collecting insects for the larvae is done and they forage for sweet substances, but don’t leave it until then as they become aggressive if you see wasps regularly Call Wiltshire Pest Services many people suffer from anaphylactic shock if stung which can be life threatening.

How to Identify Wasps
• Yellow and black striped-as per picture
• Regularly seeing them flying backward and forward from possible nest site
• Seeing them enter building, hole in ground, tree etc
• Wasps are distinguishable from bees by their pointed lower abdomens and the narrow “waist,” called a petiole, that separates the abdomen from the thorax.
​

Despite the fear they sometimes evoke, wasps are extremely beneficial to humans. Nearly every pest insect on Earth is preyed upon by a wasp species, either for food or as a host for its parasitic larvae. Wasps are so adept at controlling pest populations that the agriculture industry now regularly deploys them to protect crops.